Dennis Wilson is a career educator, educational administrator and community volunteer. From 2004-2010 he served as the Executive Director of Apollo College’s Tucson Campus, an Arizona-based private postsecondary allied health school that was sold to DeVry, Inc. in 2009 and renamed Carrington College. While he was Executive Director, the school earned School of the Year, Teacher of the Year, and Best Student Community Service honors from the Arizona Private School Association (APSA) for the 2008-2009 academic year. Mr. Wilson served as Regional Executive Director of Academic Affairs and Director of Academic Affairs with the University of Phoenix (UOP) from 1997 – 2004 and has been an active member of the UOP faculty since 1990. Mr. Wilson serves on the Board of Directors of both Family Life Communications, Inc., and Christian Family Care. He is a founding member of Corazon Ministries, and serves both the Colonial Williamsburg Teacher Institute and Youth on Their Own organizations as a community volunteer. Previously, he held the positions of Executive Director, Intentional Living with Family Life Communications, Inc., and numerous managerial and technical positions over a 19-year career with Hughes Aircraft Company (now Raytheon Missile Systems Company). Mr. Wilson holds bachelors’ degrees in engineering, and Spanish from Northern Arizona University, and graduate degrees in both engineering and management from the University of Arizona.

Tedd Goldfinger is an interventional cardiologist, international researcher and speaker, and published author. He is a graduate of City University of New York, Queens College, and the College of Osteopathic Medicine & Surgery, Des Moines Iowa, 1980. He completed a residency in Internal Medicine at the US Public Health Service Hospital, New York and Geisinger Medical Center, Danville, PA. He completed a fellowship in Cardiovascular Disease at the University of New Mexico School of Medicine, Albuquerque, New Mexico, in 1986. He is board certified in Internal Medicine and Cardiovascular Disease and is a fellow of the American College of Cardiology and American College of Chest Physicians. Dr. Goldfinger is a member of the American College of Physicians and the European Society of Atherosclerosis. He is co-founding member and president of the Renaud Society, an international medical fraternity promoting better health. Dr. Goldfinger served in the commissioned corps of the US Public Health Service, where he received commendations for exemplary performance. Dr. Goldfinger has been an interventional cardiologist in Tucson, Arizona continuously since 1986, and established the Desert Cardiology of Tucson Heart Center on the campus of Northwest Medical Center, Tucson, Arizona, in 1990 where he currently serves as Senior Cardiologist in Interventional Cardiology. He is past Chief of Cardiology and Chief of Staff at Northwest Medical Center. He is a Clinical Assistant Professor of Medicine/ Cardiology at the University of Arizona School of Medicine, Tucson, Arizona, and has clinical faculty appointments at Midwestern University and AT Still Medical College in Phoenix, Arizona. Dr. Goldfinger is founder of Desert Heart Foundation, a 501c3 nonprofit medical education and research foundation.

Phil Bregman is an educator, entrepreneur and community volunteer. He is a graduate of the University of Arizona College of Education, Magna Cum Laude and holds a Bachelors Degree in Elementary Education. He has served as the Executive Director of the Leroy D. Kendis Child Care Center, which provided care of children between the ages of 6 weeks and 5 years. He also has served as President of the Board of Trustees at Congregation Anshei Israel, President of the Handmaker Foundation and Chairman of the Board of Trustees at Handmaker. Mr. Bregman currently serves as Board President of the Tucson Jewish Free Loan. Mr. Bregman is the Founder of Safety Kits Plus LLC, a leading distributor of emergency preparedness supplies and other safety-related products.

Mr. Waters is a seasoned veteran of the American healthcare system having been involved as a national healthcare consultant, senior executive leader, operations, marketing, and publishing. He is former chief executive officer of Tucson Orthopaedic Institute and also Desert Cardiology of Tucson. He founded a successful consulting firm and personally has engaged healthcare practices and industry over the past several years as a senior consultant. Mr. Waters helped found the Desert Heart Foundation, a 501 c 3 non profit, and continues to be instrumental in its ongoing operations and activities as its Senior Vice President and Executive Director. In addition, Mr. Waters is co-founder and Maitre of the Renaud Society, an international society of medical professionals, and others, with an interest in better health and a passion for wine. Previously he enjoyed working for more than 10 years as an editor and sportswriter. Mr. Waters holds a master’s degree in business and a bachelor’s in journalism. 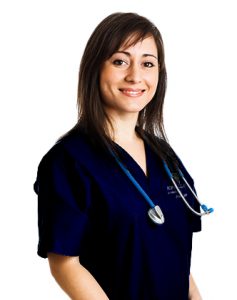 There are no upcoming events to display at this time.

In nine short months, you could be on your way to a career that will make a difference in people’s lives as you support the health of your community. Get started today by completing the form below. A program representative will contact you personally to discuss your specific career goals and see if medical assisting is a good fit for you.

Find community in our program. When you enter our professional medical assistant training program, you become part of a small cohort of classmates who will serve as your support network and accountability partners. Kino College classmates challenge each other to grow, listen to one another’s struggles, and bond through common interests. Your cohort establishes your professional network and will be a life-long resource as you move forward into your new career.

Kino College is Accredited by the Accrediting Bureau of Health Education Schools.